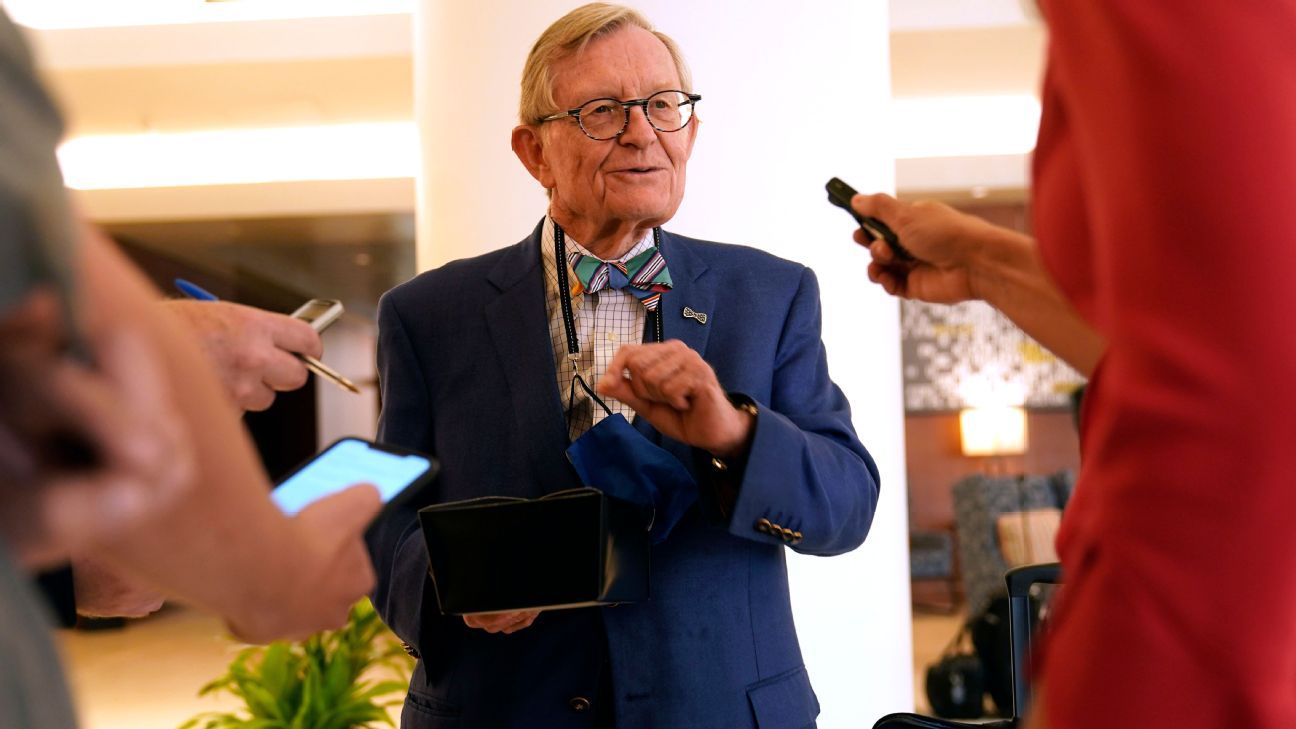 West Virginia President Gordon Gee said he believed the college football playoff expansion was “on life support” and would not vote in favor of the 12-team model proposed at the conference. CFP board meeting next month.

In comments to West Virginia student newspaper The Daily Athenaeum earlier this week, Gee said he had changed his mind about his support for the plan given growing uncertainty in the college landscape after Texas and Oklahoma have announced they will be leaving the Big 12 for the SEC.

His own school is now in a conference with an uncertain future.

Gee sits on the CFP board, which is scheduled to meet on September 28 to further discuss the proposal. The 11 presidents and chancellors who sit on the board have ultimate authority over the format.

“I think [expansion] is on life support now, ”Gee said. “I have one of the votes and I think it must almost be unanimous and I am not voting for that. I think the Big Ten won’t vote for him and the Pac 12 probably won’t vote for him either.

“It’s one of those ideas that I thought was very good when there was stability. When there is instability, the idea becomes less appropriate.”

ESPN has learned that the board vote must be unanimous to move forward with the expansion plan.

In June, after the board voted to go ahead with expansion talks, Gee said, “If all the pieces are in place, that makes absolute sense. I would love to play in November. knowing we have a shot at making the playoffs. “

But he told the newspaper that he was no longer in favor “because I think with this changing environment we want to keep it very close and keep it so that there is a lot of opportunity to reconfigure what we do in athletics “.

In a conference call with reporters earlier this week, Pac-12 commissioner George Kliavkoff and Big Ten commissioner Kevin Warren said they were in favor of the expansion, but that they wanted to discuss the plan more before they felt comfortable moving forward.

Kliavkoff added that the Pac-12 is “100 percent in favor of expansion” but there are “sidelines” that he wants to continue discussing.

“All the criteria related to the expansion of the CFP are on the table for discussion, and any part of it is up for debate.”