Nanci’s memorial service was held two weeks ago. Thank you so much to everyone who prayed for our family and for the service itself. I believe our time has honored Nanci, and above all, honored her beloved Jesus. I’ll have more to share later, but for now, here’s the video. (Fair warning, it’s a long service, as memorial services seem to be these days. But when someone has lived, and lived well, for 68 years, it’s hard to sum up and celebrate a life quickly. .)

Here is Nanci’s life story that was shared: 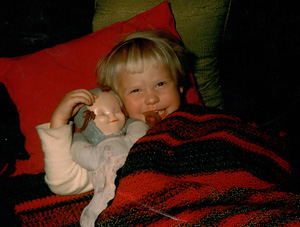 Nanci Annette Noren was born on November 30, 1953, to Elmer and Adele Noren at Portland Sanitorium, which later became Portland Adventist Hospital. On March 28, 2022, Jesus took Nanci to live with him where there is no sin or suffering.

The apostle Paul said, “To be absent from the body is to be present with the Lord” and “it is far better to die and be with Christ.” Nanci is safe at home with Jesus, where joy is the air she breathes. As Psalm 16:11 says, “In your presence is the fulness of joy, at your right hand are pleasures forever.

Nanci is survived by her husband Randy and her daughters Karina Elizabeth Franklin and Angela Marie Stump, as well as their husbands Dan and Dan, whom Nanci affectionately referred to as “the Dans”. Also, her beloved grandsons Matt, Jack and David Franklin, and Jake and Ty Stump, for whom she continually prayed, rejoiced and loved to be with. She is also survived by her brother Ron Noren and his wife Ione, and her sister Donna Schneider and her husband Tom, as well as children and grandchildren Noren and Schneider, and Randy’s brothers, Lance, Allen and Curtis, and her sister Gail.

Nanci’s first family home was in Springdale, Oregon, near Corbett. Her family moved to Portland when she was three. When she was five, they moved to 69th Avenue in southeast Portland, just south of Mount Tabor. 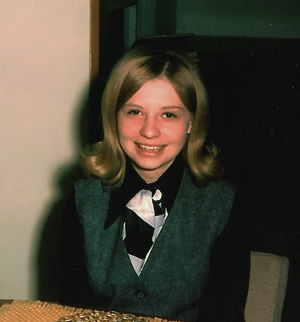 As a child, Nanci spent most of her free time playing with the children in her neighborhood. She was often the leader and activity planner.

Nanci and Randy met on December 7, 1968, their freshman year of high school. She invited him to a youth group at the Powell Valley church. In August 1969, just before their second year, Randy placed his faith in Christ. Nanci and Randy never dated anyone else after they met. They knew and loved each other for 54 years, from 14 to 68.

Nanci and Randy were active in the Powell Valley Church High School band. Nanci attended events at Franklin High and spent a lot of time with Randy at the brand new Barlow High School. She attended Barlow’s sporting events and concerts so often that many thought she attended! After graduating, Nanci and Randy attended Multnomah School of the Bible, where she later worked.

Randy and Nanci were married at Powell Valley Covenant Church on May 31, 1975, 47 years ago this month. Then, in March 1977, they were part of the Bible study at the home of Norm and Dottie Norquist which two months later became the Good Shepherd Community Church, where Randy was one of the two original pastors. Nanci faithfully served the church through youth groups, Sunday school, and Bible studies. 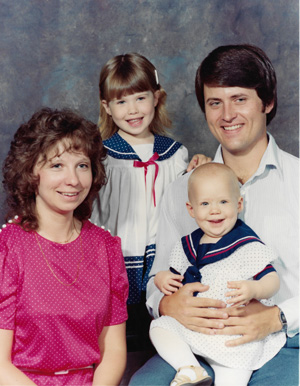 Nanci and Randy loved raising their daughters Karina and Angela. They spent many wonderful times together at home and at church, and on vacation, including at Noren’s beach hut in Manzanita. Nanci loved Disneyland and other Southern California theme parks and always looked forward to taking her kids there. She traveled with Randy and sometimes with the girls, all over the world. When Karina and Angela were nearly nine and seven, the family took a two-month trip to visit Good Shepherd missionaries in Egypt, Kenya, Greece, Austria, and England.

Years later, Nanci and Randy were thrilled to see their daughters, the same summer, marry wonderful, godly men. And then came the grandchildren, whom Nanci never stopped thinking about. She loved watching football, tennis, basketball and all the other sports played by her daughters and grandsons.

Nanci was diagnosed with cancer in January 2018. Over the next four years, she underwent three surgeries and three rounds of chemotherapy and radiation therapy. Although her doctor said two months ago that Nanci could live another year and a half, in a week Nanci felt she had much less time than that.

Nine days before she died, she asked that her whole family come so she could see them and talk to them. All 11 of us gathered in his room around his hospital bed. Although for weeks she could barely say a sentence, God gave her the strength to share words of love and encouragement. 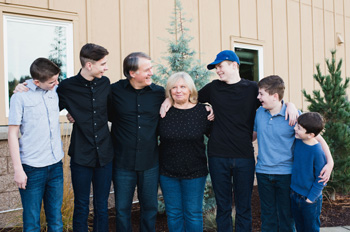 Randy then read to the family powerful portions of his handwritten journal, affirming God’s sovereignty and goodness. She encouraged her family to trust fully in God’s love and providential purposes. Together we prayed for her, and throughout the day different family members held her hand and talked to her, sometimes while she slept.

Nanci and Randy often talked about Romans 8 where it says that all creation groans under the curse and longs for the day of resurrection. They were looking forward to what God has in store for us on the New Earth. She often told Randy that she asked Jesus to let her serve him by living near water and caring for dogs and otters, as well as lions, cheetahs, dolphins, monk seals, manta rays and whales (she never mentioned eels). 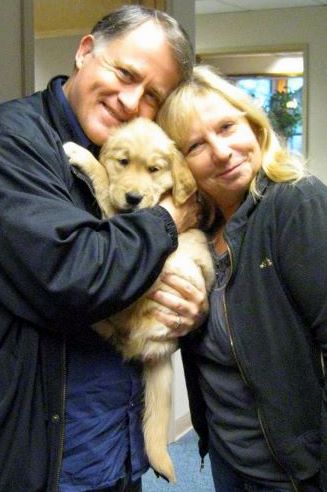 Nanci walked her dogs for the joy it brought them and her, but it became a ministry in which she developed relationships with other dog owners, giving them gospel-centered books and inviting them to church and Bible studies. She also led women’s Bible study in her church for decades and was thrilled to see people come to faith in Christ and develop a larger view of God. Many of those who were in his groups sent in notes during his final weeks and after his death saying things like, “I learned so much about the Word of God from Nanci, I always knew that she loved me, AND she was so much fun!

Nanci’s family and friends already miss her cheerful and cheerful personality, her infectious laughter, her eternal perspective, her love of life and, above all, her love for the God in whom she trusted.

A few days before Jesus took her home, one of the women who were in his Bible study groups, Mary, sent her this text, and many others spoke the same way: “I love, Nanci, my very dear friend, and I thank YOU for my love of God. I will never forget you. You are my teacher and my mentor.

Those who knew Keegan Smith smile through tears as they remember the teenager’s sheer exuberance. “We installed a Ring Camera on our front door,” said her mother, Mary Jane “MJ” Smith of Cedar Hill. “Every time he went out, he left a dance video for whoever was going to watch it later. “It got us […]

Following an extended pandemic-related delay, the highly anticipated production of Harmony: a new musical, written by multi-award winner Barry Manilow (music and arrangements) and his longtime collaborator Bruce Sussman (book and lyrics), has finally arrived – nearly 25 years after its premiere at San Diego’s La Jolla Playhouse in 1997 – at the perfect location […]

Ben Affleck and Matt Damon are reuniting again, this time for the true story of former Nike executive Sonny Vaccarro in a feature film project that will come from Amazon Studios and Skydance Sports, who are finalizing their deal. Affleck will direct, write, co-star and produce the untitled sports marketing drama while Damon will also […]