“Where did you find such a cute Chinese girl from?” Elizaveta Kishkina, little Inna’s mother, was often approached by passers-by on the streets of Moscow in the 1940s. Back then, the little girl, of course, never wondered whether she was Chinese or Russian.

Mother from Russia, father from China

Li Lisan with his wife and daughter Inna

Inna’s mother, Elizaveta, was born into the family of a Saratov landowner who did not accept the Bolshevik Revolution of 1917 and committed suicide. All her life she felt embarrassed about her origins and tried to hide them because in the land of the Soviets, such a past only brought trouble.

Inna’s father, Li Lisan, comes from a wealthy Chinese family. As a student, he studied in France, where he became interested in communist ideas. After a workers’ strike he had organized, Lisan was deported to China where he immediately joined the newly created Communist Party. The activist opened Party branches across China and soon became its de facto leader. 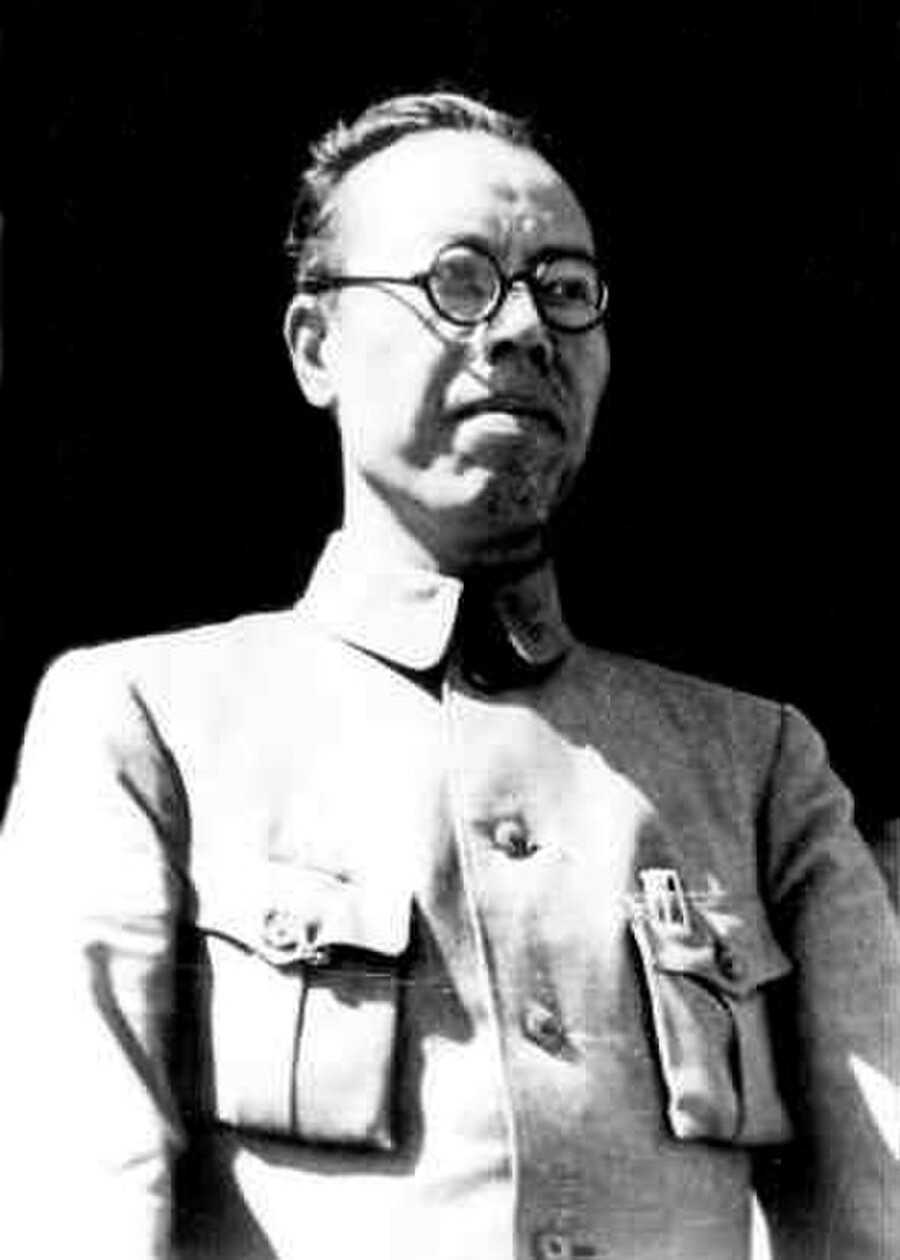 In the 1920s, following an unsuccessful attempt at a revolution he initiated in the hope of gaining the support of the Red Army, Lisan was called to Moscow to be “tried” by the Comintern. There he spent some time in prison for trying to drag the USSR into a war. Miraculously, Lisan escaped repression, but he was not allowed to leave the country for 15 years. During this time he married Elizaveta and in 1943 their daughter Inna was born. In 1946 Lisan was allowed to return to China and his family soon followed.

In Harbin, near the Soviet border, the family received a state-owned house to live in, which was very modest. But after their communal apartment in Moscow, it seemed huge to Inna. Her mother tried to maintain their Russian way of life, and Inna was sent to a Russian kindergarten. In 1949 Mao offered Lisan a new position and the family moved to Beijing, living in a large house with servants.

The Russian diaspora in the capital was small, but soon Inna made friends with other children from mixed marriages. “We tried to call each other Rusakitybut the term didn’t fit, so later we came up with a more suitable word – bargain hunter. And everything fell into place. Generally speaking, Chinese culture is very closed and they don’t like foreigners there,” Inna said in a new book by Alexander Arkhangelsky titled Russian hieroglyph. Inna Li’s life story, as told by herself (Yelena Shubina Publications, AST, 2022).

During her last year of school, Inna and her mother went to Moscow for a year so that she could complete her studies there, obtaining a Soviet diploma and passport. Her mother suggested they stay so Inna could go to university in Moscow, but Inna was not thrilled with life in the post-Stalin world of the 1950s and…living in a communal apartment.

Double life: Rupture between China and the USSR

By the 1960s, Mao and the USSR were no longer close as the regime in China began to strengthen and become more independent. Due to his ties to the Soviet Union and his wife’s background, Lisan began to have problems. Inna had to give up her Soviet passport and took a Chinese name, Li Yingnan. 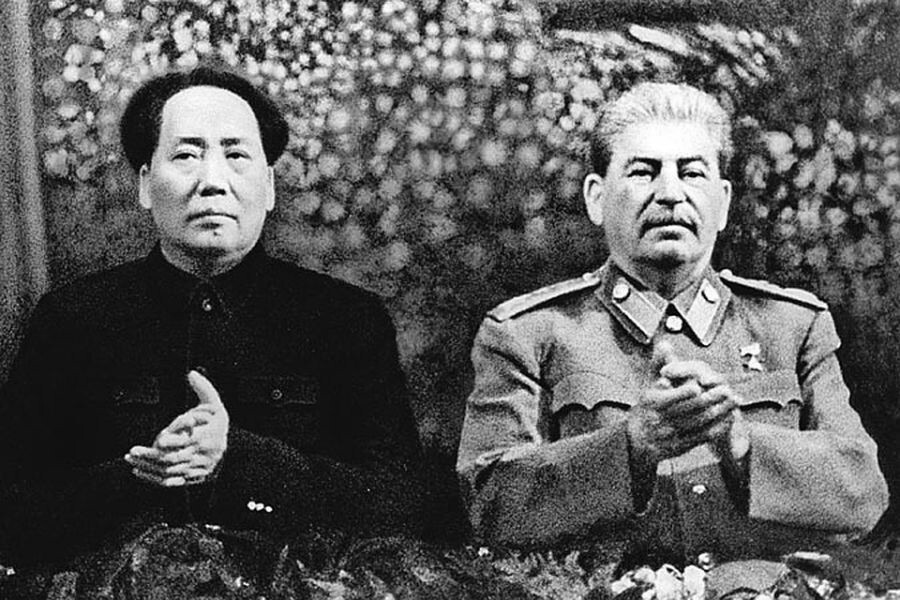 She enrolled at Peking University to train as an interpreter and joined the Komsomol. The college dorm had spartan conditions and wooden beds with no mattresses. The students were woken up at 6 a.m., did morning exercises outdoors regardless of the weather, and marched to the canteen in formation. Among her classmates, Inna tried to be an exemplary member of the Komsomol, while at home she enjoyed the lifestyle of a member of the “golden youth” – with dancing, music and foreign guests. “This is how my dual world began to take shape.”

Then China began to suffer from famine and food was rationed, but at Inna they still employed a private chef. 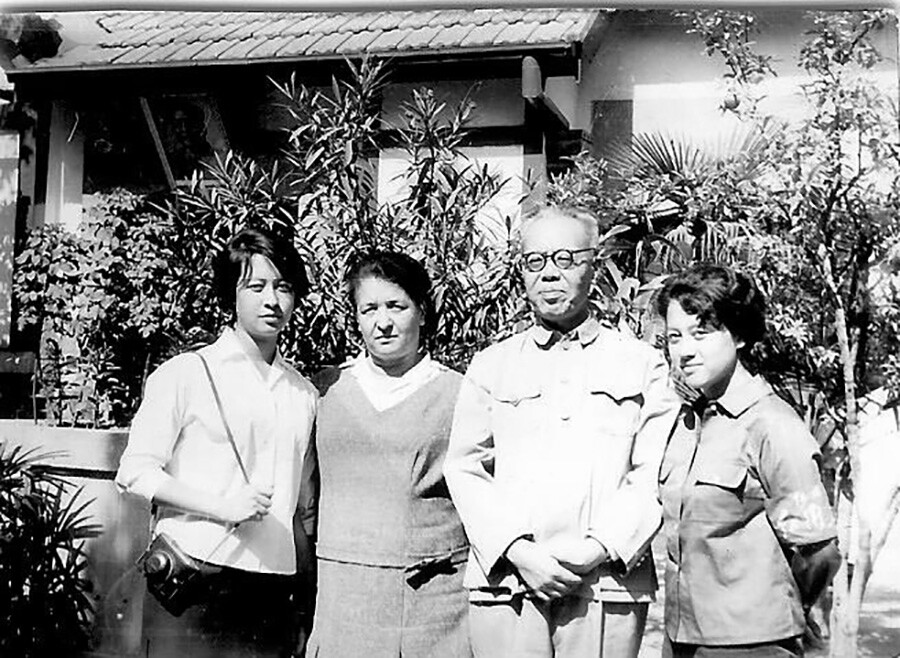 China was preparing for a complete break with the USSR just as the Cultural Revolution was gaining momentum. Members of the Communist Party were purged and the clouds of repression began to gather over Inna’s father. Soon he was temporarily suspended from his job. In 1967, he was sent to prison for spying on behalf of the USSR. According to official reports, Li Lisan committed suicide in prison by overdosing on sleeping pills, but Inna is convinced that it was not a suicide.

Shortly after her father’s arrest, Inna, her younger sister and their mother were also put behind bars. Two years later, Mao decided to ease the sentence for children in prison because of their parents’ crimes. They were instead sent to a re-education camp where they had to take “courses to study the ideas of Mao Zedong”. For years, Inna had no news of her parents, and it was only after her release that she learned that her father had long since passed away.

During her re-education program, Inna was taken to a remote village where she worked in the rice fields during the day and in the evening she attended political classes. Soon foreigners started coming to China and Inna was called to Beijing to work as an interpreter. 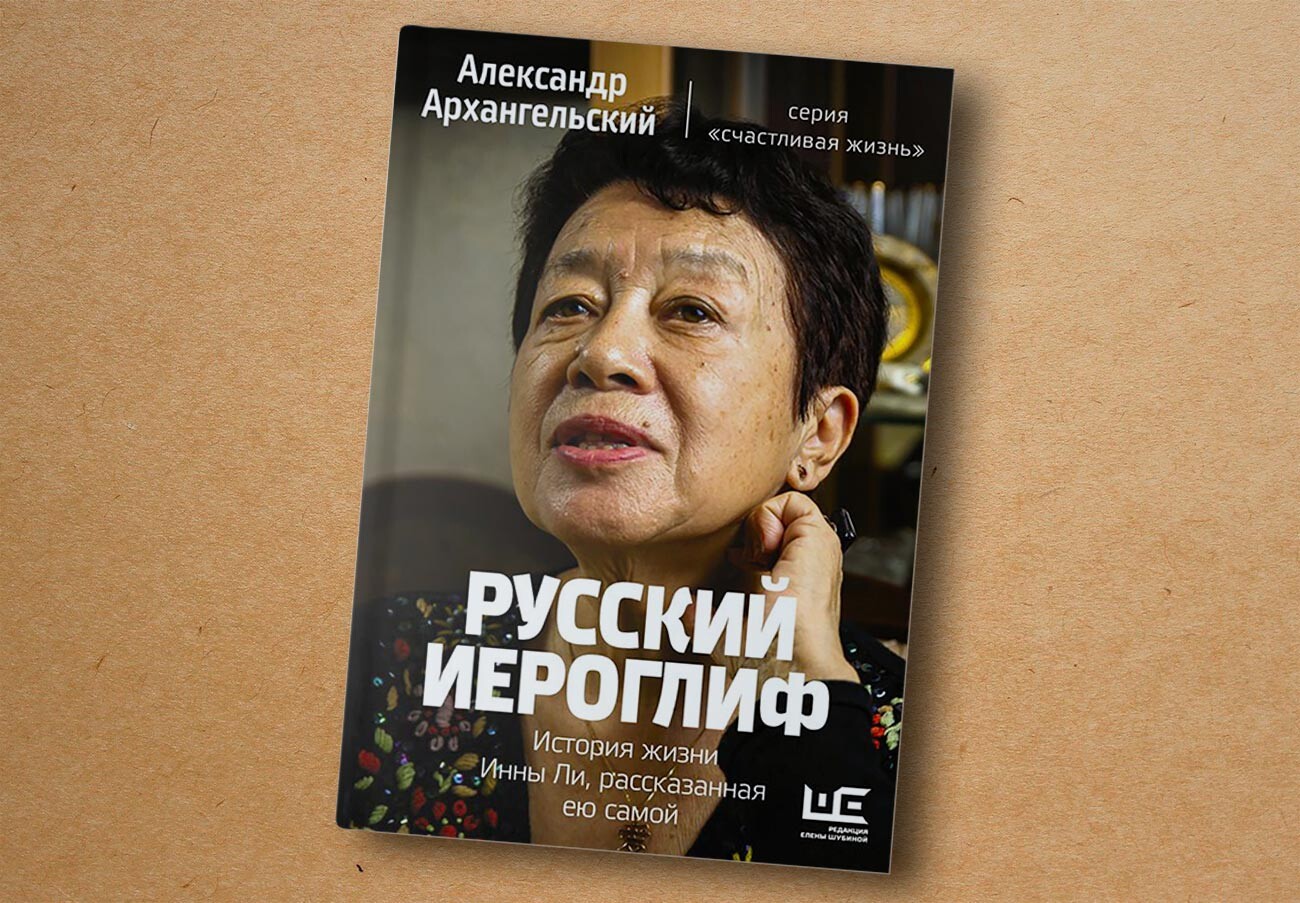 There she fell ill with hepatitis and spent a month in hospital, after which, as a “former contagious person”, she was no longer involved in political work and even received a single room to live. She thus became free. She met her future husband among other “once contagious people” and soon they had a child.

In 1979, after eight years in prison and subsequent exile, Inna’s mother was fully rehabilitated. Elizaveta Kishkina, known in Chinese as Li Sha, became the founder of Russian studies in China and received the title of Russian teacher. (She wrote an autobiographical book, From Russia to China – a 100 year journey). Inna also managed to get her father fully rehabilitated.

In 1984, for the first time in over 20 years, Inna traveled to the USSR. She had to wait 20 months for a passport and a visa. From distant China, it seemed like her homeland was developing at a rapid pace, but upon arrival she found that everything – the way of life, the conversations, the interests – remained the same. However, as soon as Gorbachev came to power, perestroika began and new bilateral relations with China were established. Inna, as a specialist in Russian studies, began to be invited on official trips to the USSR.

At that time, she already had two sons. Both went to a Chinese school but at home she spoke Russian to them. The position of the Russians (or bargain hunter, as Inna called them) in China had improved. They were allowed to get together and teach their children about their second culture. 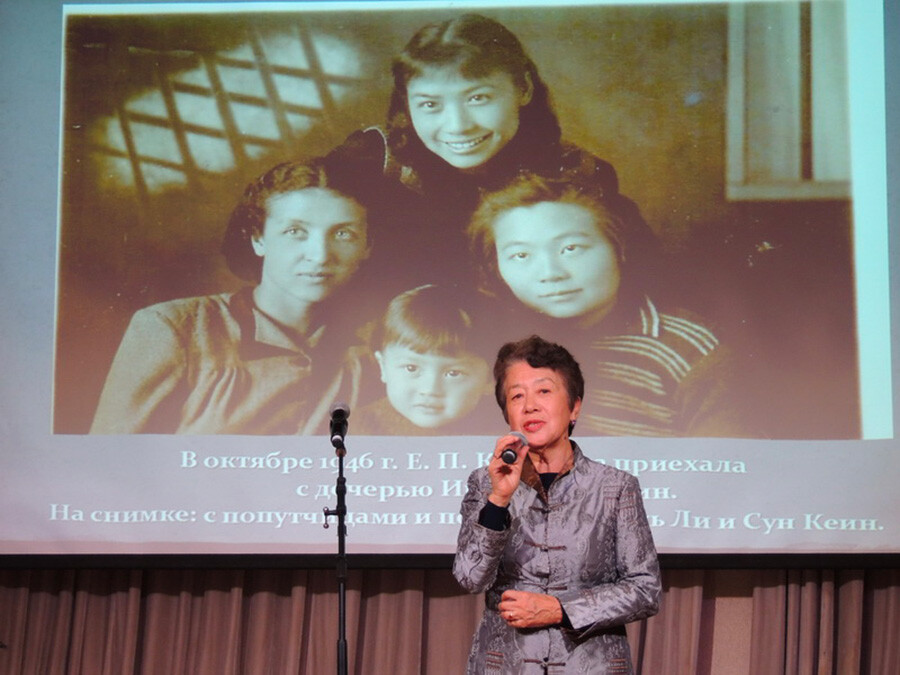 In 1989, Inna came to Moscow with her children and stayed there for six years, having sent them to a local school. She spoke to them in Chinese at home so they wouldn’t forget the language. Inna’s two sons graduated from university in Moscow, but later returned to China with their mother – they did not find it comfortable living in Russia in the 1990s.

Today, Inna Li (Li Yingnan) is a well-known Chinese expert in Russian studies, a professor at Beijing Foreign Studies University. She calls herself a Chinese woman with Russian leanings.

“There was a time when my two ethnic halves came into conflict. Thank God, now I have found some kind of harmony. It turned out that I was comfortable sitting on two chairs: if I find myself locked into a culture, I start to suffocate.”

If you use any or all content from Russia Beyond, always provide an active hyperlink to the original content.

Life story, Roxie Roker relationship and cause of death ▷ Tuko.co.ke

Sy Kravitz is not a new name if you are a media enthusiast and a follower of American media history. Sadly, the former NBC film producer and military officer passed away in 2005, but his legacy lives on through his offspring. Since then, internet users have been eager to delve into the life of this […]

Photo: sepy / Fotolia Life story work is more than just finishing a book that describes events in the life of a child or youth. In a Community Care Inform guide, Elaine Dibben, adoption and family development consultant for CoramBAAF, explains how to use life history work to help adopted children explore and understand their […]