Killing Prince Igor of the Kievan Rus Empire would become the biggest mistake of the Drevlian tribe. They had no idea that Igor was married to one of the most cunning, ruthless, and vengeful women in their empire. Olga would put the Drevlian tribe through years of pain and torment, and despite her bloody and brutal revenge, she would eventually become the first Russian saint of the Orthodox Church.

The murder of Igor

Igor had been on campaign for more than 30 years, and at that time many tribes decided to stop paying tribute to the Kievan Rus. Well, when he came back, he decided he wanted them all to start paying their respects again. While many complied and began repaying the prince, some refused.

In particular, the Drevlians refused to pay, seized the prince in an ambush, and had him publicly murdered in the capital of Iskorosten. They had bent two birch trees to the ground, tied his legs to either tree, and released them so that when they straightened up, the prince’s body was torn in half.

Normally, the crown would have passed to the prince’s son, Svyatoslav, but he was only three years old when his father was killed. Instead, the crown passed to his wife, Olga, who would spend the next few years completely destroying the Drevlians who widowed her. 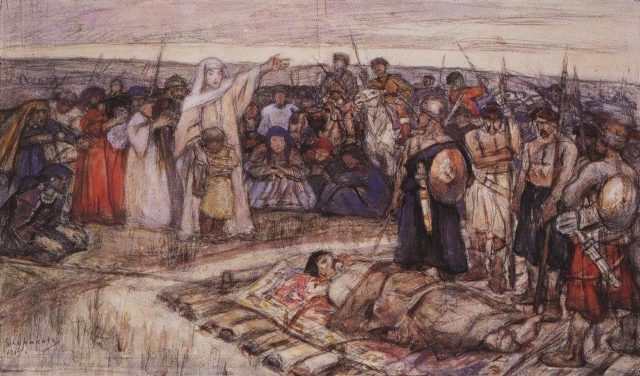 Assuming that Olga was weak and easily manipulated, the Drevlians offered her to marry their prince, Prince Mal, so that they could quickly gain control of the Kievan Rus Empire. With no intention of actually marrying their prince, Olga said yes to the proposal and saw it as an opportunity to get revenge on the Drevlians. What would happen next is nothing short of a bloodbath. 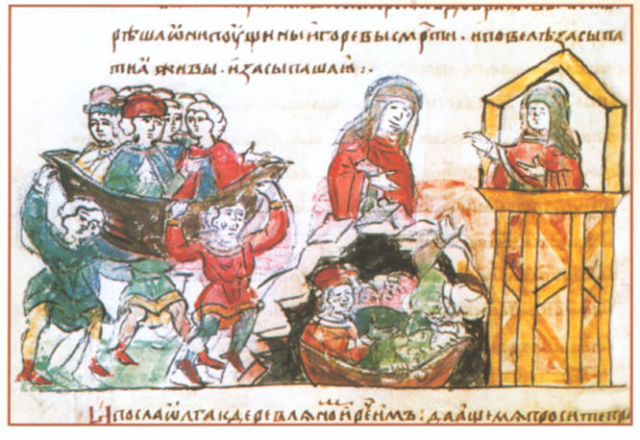 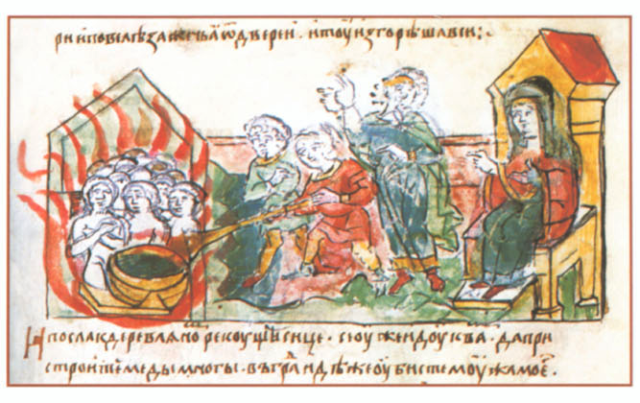 Before the Drevlians were informed of what she had done to their leaders, she had sent them a request that they send all their governors to accompany her on her journey to Iskorosten. They agreed and walked towards the queen. When they arrived she insisted that they wash in her bathhouse, and when they were all inside she had the doors closed and all the men burned to death.

Step 3: Get them drunk and attack them 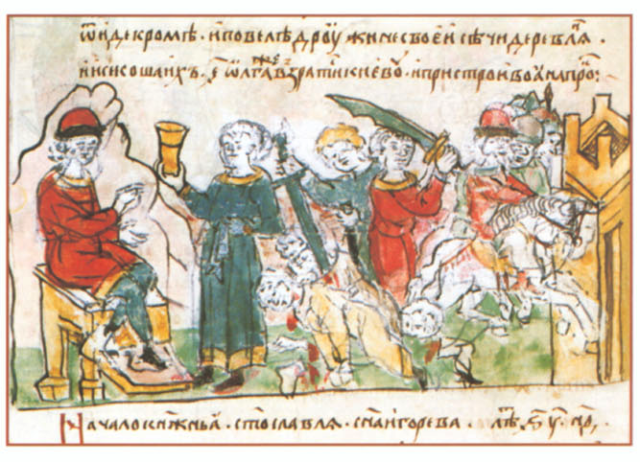 Again, completely unaware that Olga was killing all of their upper class citizens, the Drevlians were happy to comply with her next request. She had asked the Drevlians to prepare a funeral feast in the city where they killed her husband, so that she could honor him and then marry Prince Mal. They did just that and at the party she encouraged them to drink until they were drunk.

Now that they were completely drunk, Olga brought her soldiers in and killed around 5,000 Drevlians. Following this, Olga had the Drevlians besieged by her soldiers for an entire year. You’d think it would satisfy his need for revenge, but there’s more.

The icing on the cake 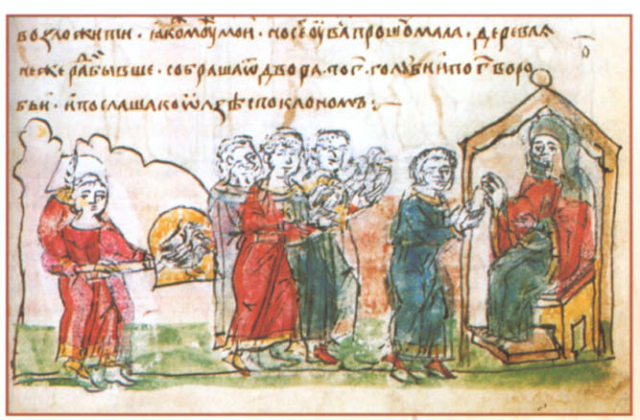 The Drevlian tribe was set on fire by the same birds they sent to Olga after a year-long siege of their capital. (Photo credit: public domain / Wikimedia Commons)

Olga reached out to the decimated people of Drevlian and told them that she was done with her revenge and only asked them to pay her respects in the form of three pigeons and three sparrows from each household. They happily agreed, hoping that this was the end of their torment. Unfortunately, that would be their ultimate end.

On each bird she received as a tribute, she attached sulfur with a piece of cloth attached to their legs. She then set them on fire before releasing the birds. All of them returned to their homes and burned down almost all the buildings. Most of the Drevlians died in the massive fire, while others were killed or taken as slaves. 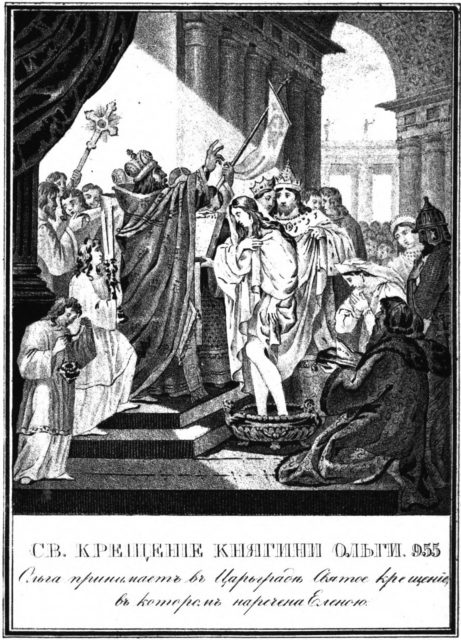 So how can Olga be considered a saint after brutally destroying an entire group of people? Well, Olga was one of the first Kievan Rus to convert to Christianity and she spent the rest of her life converting her people and establishing churches throughout the empire. Her efforts earned her the title “Equal to the Apostles” and she reigned peacefully for the remainder of her reign.

More about us: How a Wealthy Socialite Became the First American-Born Saint

When her son was of age, he took over the leadership of the Kievan Rus empire, remained a pagan, but allowed his mother and those who chose to practice Christianity to do so unopposed. Olga died of illness in 969 CE, but her legacy and her brutal revenge are still remembered today.

Coming from Meghalaya, Gargee Nandy currently leads the social media team for several beauty brands at the Professional world and other verticals. She is a graduate in mass communication and journalism. She is also a freelance influencer marketer and in-flight content distributor. She works as a journalist for a renowned news magazine, The Northeast today. […]

Divorces are on the increase, and clergymen are not exempt because they are also human. They are also sensitive to the marital challenges that ordinary people face. The divorce of Anna Stanley and Charles Stanley is one example. Anna divorced her televangelist husband in 2000, which created public unrest, especially among the faithful. Anna Stanley’s […]

Local theater troupe Delta Stageworks is hosting an upcoming series of workshops aimed at helping North Delta residents from diverse backgrounds come together and share their mothers’ life stories. The free four-week My Mother’s Story for Diverse Voices workshop series is set to begin next month, with all four sessions taking place on Monday evenings […]